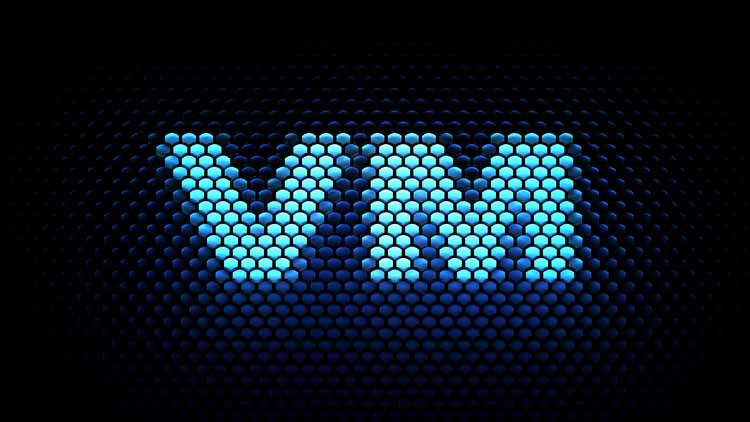 Whether you are brand new to virtualization technology or already utilizing it, there is no doubt a huge amount of new terminology you've come into contact with. As with any technology, being able to effectively communicate any issues you encounter is critical to getting back to business. Understanding how to talk about virtualization and VM technology is helpful for building out your emergency recovery plans, and researching improvements. And so today, we are looking at the most common virtual machine terminology used when talking about virtualization so that you can understand virtualization meanings, explained in easy-to-understand terms.

Although a variety of different technologies fall under the umbrella of virtualization, in general it refers to the ability to run multiple operating systems and applications on the same physical hardware.

One of the benefits of virtualization is that it is highly scalable and efficient. In just minutes, you can spin up a new virtual machine, copy a VM or move it to a new host server as needed to better utilize your hardware.

Virtualization Terminology You Should Know:

Host Machine – The physical machine that hosts one or more virtual machines. To accomplish this, virtualization software such as a hypervisor is installed on the Host Machine.

Hypervisor – The software or firmware that manages virtual machines, allowing them to interact directly with the underlying hardware. The hypervisor is an operating platform which manages and executes the Guest VM operating systems. (Read more on Types of Hypervisors)

Virtual Machine (Guest VM) – A self-contained software emulation of a machine, which does not physically exist, but shares resources of an underlying physical machine. It runs its own operating system, applications, processes , etc.

VM Cluster – A collection of VM Hosts that act as a single large host. If one of the hosts are removed, all of the VMs that the host was running seamlessly continue running on the other hosts. A true VM cluster requires shared storage such as a SAN/NAS device.

P2V (Physical to Virtual) – Refers to the process of migrating operating systems, applications and data from the hard disk of a physical server to a virtual machine.

VM Snapshot – Preserves the memory state and data of a virtual machine at a given point in time, allowing for recovery at a single point in time for a VM. Snapshots are NOT a way to do backups, but part of the technology used to create snapshots are used by backup software to do backups correctly. (Snapshot was the standard term prior to Windows 10)

VM Checkpoint – Prior to making changes to your VM (software installation, etc) it's wise to create a VM checkpoint, allowing you to return to a previous state. While it is not a full backup of a VM, a checkpoint captures data and memory state of the virtual machine (previously known as a Snapshot prior to Windows 10). There are two types of Hyper-V Checkpoints

• Standard Checkpoint – While not a full backup, this checkpoint snapshots the VM, hardware configuration and memory state at a point in time. It can be used for testing and trouble shooting to compare different VM states and conditions.

• Production Checkpoint – For additional protection, production checkpoints create a "point in time" image of the VM which utilizes backup technology inside the guest Operating System. They can be used to create a data-consistent backup using VCC (Volume Shadow Copy Service) in Windows and via File System Freeze on a Linux. Production Checkpoints are enabled by default.

VM Backup – Virtual machine backup can be performed multiple different ways depending on the backup software and the type of hypervisor that the VM guest resides on.  The backup software guards against data loss and can be used to recover files in the event of hardware failure or other disaster.

VM Replication – The ability to replicate virtual machines at the server virtualization level using replication software. Provides redundancy for quick VM recovery and reduced downtime in the event of failure or disaster. ( Read: What is Virtual Machine Replication )

Application Virtualization – The separation of the installation of an application from the underlying operating system on which it is executed. Application virtualization is layered on top of other virtualization technologies, allowing computing resources to be distributed dynamically in real-time.

Network Virtualization – The process of combining hardware and software network resources to create a single pool of resources that make up a virtual network that can be accessed without regard to the physical component.

• Virtual Networks (VLAN) – A virtual LAN is a group of systems and devices that may reside on separate physical networks, but have been virtually grouped together at the data link layer (OSI layer 2) as a subnetwork.

Storage Virtualization – The process of consolidating the physical storage from multiple network storage devices so that it appears to be a single storage unit. Learn more about storage virtualization.

Virtual Desktop Infrastructure (VDI) – The practice of hosting a desktop environment within a virtual machine that runs on a centralized or remote server. Learn more about VDI.

Virtual Hard Disk (VHD) – A complete disk drive image with all system contents and structure hierarchy. The maximum capacity of VHD was 2TB prior to Windows Server 2012.

Virtual Hard Disk (VHDX) – The maximum capacity of VHDX can reach up to 64TB.The VHDX 4KB logical sector size creates superior performance to that of a VHD file. VHDX technology monitors metadata updates for error protection which is not possible with VHD.
(How to perform a System Image Backup to VHDX)

(Reference: Types of Disks Used in a VM in vSphere)

Thick Provision Lazy Zeroed – The default disk type. Consumes the amount of space equal to disk size setting. Space is allocated when virtual disk is created with space zeroes on the first data written from the VM.

Thick Provision Eager Zeroed – Consumes the amount of space equal to disk size setting. Space is allocated and zeroed out when virtual disk is created. Takes longer to create but has increased performance. This disk type is required for some vSphere features.

Thin Provision – Consumes only the amount of space used on the datastore regardless of setting. Performance is lower than other disk types.

Although this Virtualization Terminology Glossary is not a complete resource of terms, it should help you to gain a deeper understanding of the common references made when speaking about virtualization technology. NovaBACKUP offers Business Essentials software to back up individual servers that host virtual machines, while larger network backup solutions are also available. For additional information about backing up a virtualized environment, speak with one of our data-protection experts today.