Will the Repeal of Net Neutrality Affect Your Disaster Recovery Plan? 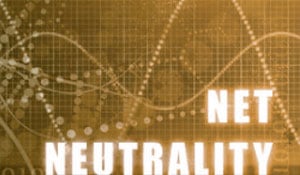 With the FCC repealing Net Neutrality rules, it’s fair to ask whether or not your disaster recovery plan might be affected. Those who backup data online, or send data offsite via the internet will inevitably be exposed to the same fate as the rest of us. What we are left with, is speculation on what those future changes might look like.

These rules have kept the internet functioning as a neutral playing field, keeping Internet Service Providers from intentionally reducing speeds or charging more to access specific parts of the internet. It’s not hard to see how a new-found freedom in the hands of ISP’s could present a problem.

Some things an ISP could potentially do that would affect online/offsite backups might include:

It’s more than likely that significant changes will not be seen overnight, but it’s also clear that ISP’s have tried to leverage their power for financial gain in the past - prior to Net Neutrality rules being enacted. For Example, the case of Comcast capping Netflix traffic back in 2014 in order to charge them greater fees for faster streaming. Or the 2012 case of AT&T blocking Facetime on iPhones for some data plans, but not for others - possibly to benefit its own services.

Changes would likely be more subtle at first. Providers may simply speed up or prioritize the delivery of their content, or that of their partners, thereby limiting what we the customer are exposed to. And how would we ever know what we’re missing out on?

FCC Chaiman Ajit Pai has said, “Instead of saddling the Internet with heavy-handed regulations, we will work together to take targeted action against bad actors”. The concept is that removing unnecessary regulations will help to facilitate growth.

If you feel that the future of the internet is at stake, it might be a good time to reach out to your senator, or work with one of the many online organizations fighting the good cause. As for my personal opinion, we as consumers need to be vigilant about getting what we have paid for. No blocking of lawful websites. No throttling of bandwidth. And no prioritization of content, based on someone’s backroom handshake.

Written by Sean Curiel.
The views expressed are his own and not necessarily those of NovaStor Corp.
Learn more about NovaStor's network backup software.