“Backup Software” is so much more than just your vacation photos

Over the years, I’ve had many conversations with friends or family members where I’ve had to explain not just what I do as a “Senior Product Manager” but also what the “Backup Software” industry is itself. Many people hear the word “Backup” and they tend to think about nothing more than if they have copies of their photos or videos. While that isn’t wrong (in fact it’s really important!), it doesn’t do much to convey the larger or more important aspects of “Backup Software.” 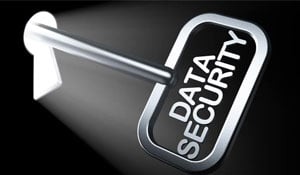 Eventually, I found a way to describe “Backup Software” in a way that seems to strike a much clearer image and helps many of those people I mentioned earlier understand what I’m working on. Not only do they now understand what I do, many of them also start to ask questions about their own backup strategies. The description I’ve found that works best in these conversations is almost deceptively simple:

Backup software is the Life Insurance plan for your most valuable data.

No matter what level of “tech” the person I’m talking to ends up being, these questions and statements help get the point across that “Backup Software” isn’t really just “Backup Software”, it’s “Data Insurance”. Even my friends that don’t have life insurance (or they do but don’t know the details of it), are likely going to understand how important it is and by renaming it, the same is true for “Backup Software”. Even the simplest life insurance policy or backup policy is going to require forethought and some very clear decision making. Actually, choosing backup software and a backup policy has quite a few similarities to choosing an insurance company and a specific life insurance plan.

One incredibly important aspect that both backup data and insurance policies share is that they both (generally) contain personal or private data that needs to be secured against theft or misuse. For an insurance policy, this might be done by buying a fire-proof safe or renting a safety deposit box. When attempting to secure your backup data, there are many methods that can be used such as: data encryption, rotating media sets or even re-using that fire-proof safe you’re using with the life insurance policy.

In this series - Understanding data security in backup software - I’m going to do my best to outline some of these methods. In this post, I’ll be outlining the basics of data encryption and some simple definitions we’re going to need for the rest of the series. The rest of the series will focus on choosing encryption methods, creating a backup policy to help increase data security through process, and we will also outline some industry-specific concerns about backup data security.

Data encryption at a glance

The topic of data encryption or cryptography is so large and important that there are entire economies built around it and I would do it a disservice to try and work through every aspect available. If you’d like to learn more about encryption, Google will never fail you. That said, I would recommend starting with this excellent comic by Jeff Moser for both some historical and technical aspects of modern encryption.

Instead of going down every path possible, I’m going to review just a few of the most modern data encryption technologies and terms in use today: