How Do You Define Perfection: NovaBACKUP Compares Itself to Veeam

It’s very difficult to rate yourself, but if I had to do so, I definitely would not rate myself a perfect “10” on a scale of 1 to 10…But looks aside, I believe that I’m a pretty good father to my kids, husband to my wife and contributor to my team at NovaBACKUP and society in general.  Is there room to improve in all areas – Certainly!  Do several people around me accept me for who I am for better or for worse, as long as I’m always trying to improve - you bet!  The message I want to convey is that it is very difficult to rate something, unless you have personally experienced it for yourself in its entirety, taking into consideration how it relates to YOU… and not just rate it based on a single variable (like how good someone looks). 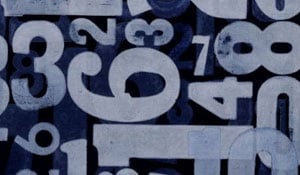 One of my friends has a kind of unconventional philosophy that I would like to share (please feel free to skip to the next paragraph if you’re not into stories). His initial stance, which I agree with, is that everyone is born with an equal opportunity to be or do something GREAT with their lives.  Where his views take a turn toward eccentric, is his belief that every person is also born with a certain allotment of “points”.  These “points” are split between millions of variables (I never did get an answer when I asked how many points people get).  He came up with this theory several years back when some unexpected life changes suddenly thrust him back into the dating scene (after being out of the game for about fifteen years).  He is a very successful entrepreneur and I’m comfortable stating he is a good looking guy, so it's no surprise that it didn’t take him long to gain some interest.  He was ready to settle down and immediately find “Miss Right”.  The harder he looked for the perfect person to spend the rest of his life with, the more disappointed he became.  Most of his first dates were as he stated - movie star gorgeous, so much so that at the time he thought they were out of his league.  Within a few weeks, he was done with that.  He told me that they must have used 75% of their points on looks and had very few left to put towards preventing so-called "crazy traits", personality, compassion or just the ability to have a meaningful, intelligent conversation.  He was looking for a life partner, not arm candy with a 5 year expire date.  He eventually did find what he was looking for – his perfect balance – someone that had the same values or at least a distribution of points that complemented his point structure.

Not long ago, we put NovaBACKUP under this same level of scrutiny using a 1 through 10 rating system across several areas of our business in order to ground ourselves and focus on what was important to our CUSTOMERS - the small business market.  It was our goal to figure out what constituted “Backup for the Rest of Us”.  We actually drew out the original concept on a cocktail napkin during a late night meeting while on a road trip.  The first part of the discussion was around our NovaBACKUP product and how we wanted to move deeper into the virtual machine backup market.

At that time, there was a fast growing company (still is today) that was taking this market by storm.  Veeam was that company and as time passed we noticed that they were starting to enter more and more of our sales conversations.  We weren’t losing deals to them, but their message (great marketing) was disrupting and lengthening some of our sales opportunities. We drew a ruler on the napkin and said let’s rate both of our companies on a virtualization scale of 1 to 10.  Within our product, we had a basic solution that made it possible to backup and restore a virtual machine (Hyper-V and VMware) – the fundamentals.  We rated ourselves a “4” on the virtualization scale.  Caught up in the Veeam hype ourselves, we quickly rated them a “9” (some even said 9.5). The question we brought to the table was not “how do we catch up with Veeam” or “how do we make ourselves better than Veeam”.  It was “what were the most important benefits/features that Veeam had that we didn’t – for OUR market – for the “Rest of Us”.  We already possessed one BIG advantage that wasn’t being measured on this scale.

Our NovaBACKUP product supported both Physical and Virtual environments – whereas Veeam only supports virtual environments.  We figured as a “4” on the virtualization scale, we had enough advantages to at least win a small percentage of Veeam’s business, but as a “7” we could open ourselves up to greater than 80% of the small business market by giving them what they need, at a price they can afford and be simple enough for them to use it without the help of an IT specialist.  In the following weeks we went right to work.  We talked to hundreds of resellers and end users of our product line and asked them what our product NEEDED to reach a “7” in their minds (not all of the bells or whistles that would get us to a “9”).  It became very clear, very quick.  There were two features that separated us from their potential decision to gravitate towards Veeam.

I’m pleased to announce that in early April we launched NovaBACKUP 16 in beta, giving our partners and loyal customers a first look at us as almost a “7”, and giving them the final say in helping us to fine tune these features before we release to market in May.

We will definitely be much more attractive (although not Movie Star attractive) to the small business market as we will have the ONLY single solution for both physical and virtual machines, offered at a single price and managed from a single interface.  This will be the ONLY backup solution a small business will need!  Where we lack in attraction (bells and whistles), our “Points” have been distributed to other areas like unmatched customer service, local technical support, our ability to LISTEN to our customers and our guaranteed VALUE.

Farewell until next time, when the “Rest of Us” meet again!