Backup Basics for Law Firms: What You Don't Know Can Cost You 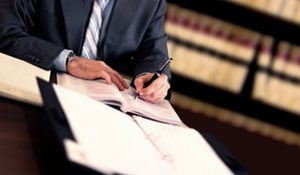 Court cases and files are an indicator of where we've come from, but they also set the standard for future instances. For any law firm, keeping copies of these documents is absolutely essential not only for compliance reasons, but for reference to help with similar circumstances. If this information were to be stolen or go missing, law professionals might be sent scrambling to restore the files or find additional sources of data before their presentation deadline. By understanding the backup basics, you can avoid severe costs and promote the success of your firm.

Equipment can last a fairly long time depending on what it's being used for. However, devices age into obsolescence, and it will be important to trade out for something newer before your backups suffer. Total Attorneys noted that they rotate their hardware out of their primary data center every three years, as chances of hardware failure increase after this time frame. It's not just data centers that should be concerned with the state of their equipment - law firms themselves must continually monitor the health of their infrastructure and ensure that everything runs as expected. After all, it would be disastrous to attempt a system backup only to find that your hardware had glitched or wasn't executing properly.

Backups are becoming a major initiative for disaster recovery efforts, but a strategy is required to ensure that businesses are following best practices. A 2012 Legal Technology Survey Report found that only 61 percent of respondents had developed a DR plan, Storage Servers reported. This number went down for smaller firms and solo practitioners. No organization can afford to overlook a comprehensive backup procedure. Even for the biggest companies, disaster can leave significant damage in its wake, making it essential to be prepared.

At this point, you'd be putting your business at considerable risk if you don't develop a plan. The cost of downtime is increasing and the average data breach amounts to $3.5 million, according to an IBM and Ponemon Institute study. To make matters worse, without a backup or recovery plan, these expenses can increase by 10 to 15 percent. Rather than take the chance that you won't be affected by disaster, create and publish a comprehensive process that will guide your business through any and all situations.

"Many good backup plans and industry standards call for levels of data redundancy."

Many good backup plans and industry standards call for data to have levels of redundancy available. As Attorney at Work contributor Jared Correia noted, you likely have multiple copies of information across various units of storage, but they probably aren't as organized as they should be. To fix this, it may benefit to follow the 3-2-1 rule, where you make three copies of data, stored on two different mediums, with one stored off-site. With only a few backups to monitor, there won't be as much confusion for you in the long run, but it will still keep your firm safe in the event of an emergency.